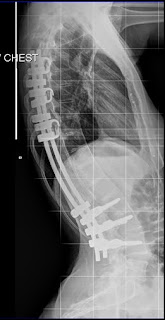 My tumor left a wake of destruction from my back down to my feet.  The radiation and the surgeries caused my spine to soften and curve, also known as scoliosis.  Not only did I have scoliosis, which is an S curve looking at a side profile, I had kyphosis, an S curve looking directly on at the back.  Without surgery, I would continue to curve over and sideways at a rapid speed.  I had excruciating back pain which they tried to stop with a full back brace.  It wasn't working so the only option of fixing it was harrington rods and a spinal fusion.  Harrington rods are titanium metal rods with hooks screwed into my vertebrae that keep the bones from moving any further.  They also fused my spine by taking bone from my hip and my butt and placing it on the vertebrae so they would no longer be able to move or curve.  Ever since the surgery I've been pain free.  I only get sore if I stand for hours at a time or walk a ton.  Other than that, the only issue I have is going through metal detectors.  I usually get a good feelsky by the TSA when going through the airport.

On top of the back, almost all feeling was gone in my right leg from the bottom of my right foot to the top of my thigh at the fold of my leg.  My right foot continued to grow improperly, curving inward causing me to walk on the side of my foot, which made it difficult to learn to walk again.  Not only was it growing inward, it actually stopped growing lengthwise all together.  Over time, my right leg would be more than 2 inches shorter than my left.  The only fix for these problems were more surgeries. 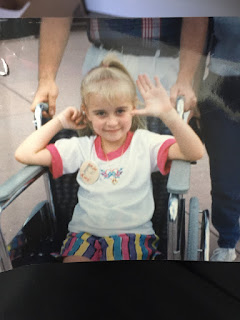 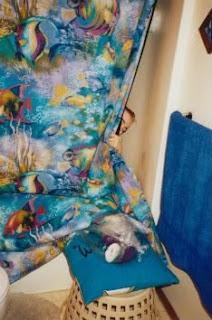 First I had a triple arthrodesis, which is breaking a bunch of the foot bones and fusing the three main joints of together with pins.  The beauty of not being able to feel your leg?  Not being able to feel much of your bones being broken after a surgery :)  What would be excruciating pain for a normal person, wasn't so bad for me.  Granted, it was no walk in the park but it wasn't the end of the world for me either.

At the same time they put the Harrington rods in my back, they broke my tibia and fibula, the lower bones in my leg, and rotated them in so they'd heal together in a straighter line with the rest of my body. All of this with the hopes with the hope that I would walk better.  They also inserted a rod and a pin to hold the bones in place until they fully healed.

As time went on, the doctor's noticed that the stunted growth of my leg was catching up to me and causing my gait to be thrown off majorly and it would only get worse.  Two inches shorter than the left leg is a lot when you're walking. At that point they decided to lengthen my right light.  I had never heard of this type of surgery before.  Basically I wore an external piece of metal on the top of my leg with pins sticking out of my skin that went into the inside of my leg.  They broke my femur in half and put it almost back together but not quite, leaving a small milometer gap.  Every day I was to turn a circular knob so that it would grow back together almost to the point of healing but not.  This allowed the bone to grow but gradually but not back together which then gave me more length.  While the idea was great, and somewhat worked, my femur was healing too quickly and growing back together.  My doctor was taking me into surgery every week to re-break the bone so I could continue to turn the knob to get more length.  It became too much for my little body, not to mention expensive, so they decided to give up on the top.  I ended up getting a good centimeter out of it which was somewhat good considering all of the problems I had with it.  I love it when people ask me if I've ever broken a bone. That ended up being 6 or more of the 19 surgeries I've had.

While one centimeter was great, it still wasn't enough considering my left leg was still growing. They then came up with the novel idea of trying it on my lower bones. Which honestly was better than the other idea of shortening my left leg.  I can FEEL my left leg and it's my good leg.  Horrible idea which got nixed immediately.  So they did the same to the bottom half of my leg, went into surgery, cut my bones and threw a big metal halo that went from the inside of my leg to the outside with pins.  This time I had the opposite problem....my bones wouldn't heal back together.  I ended being on crutches for well over a year.  I had tiny hairline stress fractures in each of my arms because I was on them so long but refused to be in a wheelchair.  I'm a stubborn person, what can I say. 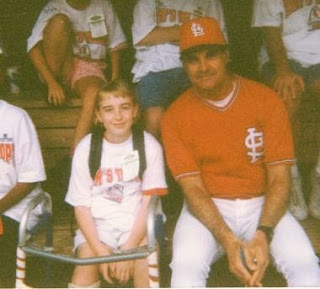 With each surgery, it became worse and worse.  Less feeling, less blood flow, and less mobility. Going from walking to a wheelchair, to a walker, to crutches, to a cane, then starting all over and back to a wheelchair again.  The less I could feel my leg, the more infections I got from my leg brace. And because I have poor circulation, so bad that my leg turns purple when getting out of the shower and is constantly cold, even on a hot day.  I'm basically like a diabetic in the sense that I don't heal without heavy antibiotics and any open sores need to be treated immediately.  It never fails, every year I will have rubs from my brace that will cause major infections.  If I don't get antibiotics right away, I end up in the hospital on heavy IV meds with a cellulitis infection.  My knee stopped working at some point during that time to where I now wear a KAFO leg brace (knee ankle foot orthotic).  I call it my leg because I can't walk without it.  When I get up from my seat to walk, I have to lock the knee joint with locks in order to walk.  When I sit down, I have to unlock them in order for my leg to bend so I can sit.  When I go to bed, I take it off but as soon as I'm up, I put it back on.  Without it, I wouldn't be walking.  So as much as I hate it, I love it and am grateful that I have it. 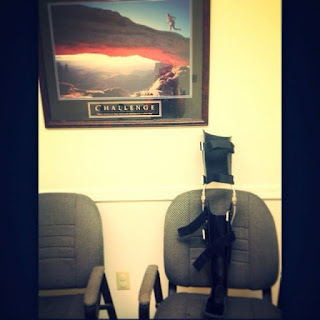 I'd be lying if I said it was easy.   It hasn't been and I've had some pretty dark moments which I'll eventually share here.  I walk with a major limp but I CAN WALK.  It may not be a pretty walk and people stare and make ignorant comments that you would never believe, but I CAN WALK.  I do the best with what I've been given and I'm proud of how hard I've worked to get here. This how I became who I am and I wouldn't trade any of it for a normal life either.  I've learned through all of this that you can either sit around feeling sorry for yourself or you can swim through the river of shit to get to the other side and be proud of yourself for getting there.

But my story doesn't end here.  I'll be having an elective amputation in July. I'll explain how all of this lead me to that decision next. 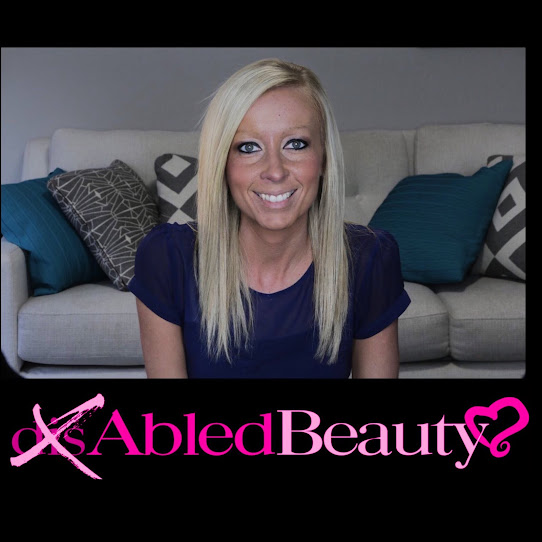 Missouri woman with 'ugly' leg gets it amputated - Daily Mail 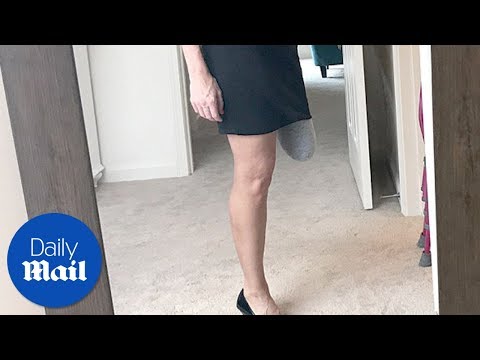